I think adding in some links to the original posts would be good!

As the M'arrillian's destroy with water, so with fire will I destroy. ~King
All those who oppose shall be destroyed, even if they are not in our way. ~M'arrillian Reign
Chiodosin1 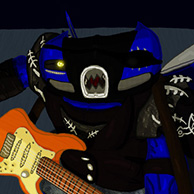 Nice work on this, there's some great card ideas here! I can appreciate how long this must have took given I have attempted several Chaotic fan sets in the past.

I couldn't help but notice the art you used for the Flamefan attack card is an album art for "Indestructible" by Disturbed (the artwork itself is by David Finch btw), and I think it's slightly squashed in your card. Sorry I couldn't help mentioning it!

I think it'd be good to add artist credits to the cards themselves somewhere, probably wouldn't be too hard to add. Might just be me though as I often like to see who did what art.

p.s. in the credits you list Warlockss and Etienne St Laurent as 2 different artists. Pretty sure they're the same artist, Warlockss is Etienne's DA username

@Chiodosin1 wrote:thanks for the tips I thought about doing the credit on the card thing but a small chunk of them don't have an known artist and I hate inconstancy lol. hmm yeah maybe I'll readjust flamefan I think your right... and I'll fix that credit error, its alot a names lol not surpised I goofed somewhere

Ah yeah, I often have the same problem with finding out who did an artwork (even after putting the image through a Google search) and it drives me nuts, so that's perfectly understandable

I know a pretty good card printing website, if I still played as much i'd consider having these printed as a set! Nice job!
KingMaxxor4

@Chiodosin1 wrote:but there's so many! lol why would I need them anyway?

A list of some combos to use the cards in. TheOneVeyronian can hopefully make these cards available in lackeyCCG.

A lot of these seem obvious but I'll list them anyway. I wont list every card cause some are that much more obvious or don't require much combo-ing.

A Defender and Neverwhere Spyglass (Main usage,aka best gear)
Ilexia's gift and Shinadd (might be it's only use)
The ring's best use is to use something like flame fan or flashmend etc to boost yourself while dealing the 20.
Axe of rage (second best gear) can be combo'd with Magmon engulfed. Making Steem and many DOP underworlder's useful.
Superiority Armor get's stronger in a Gan'trak deck (Main use)

Endless march or ghostly elixir combos well with Adjacent Adagio. (generic and UW mugic in this set) allows you to move the extra space since you lose defender. Virtuosso or waltz (generic Mugic and mipedian in this set) are really great mugic to counter this.

Intress Incantation works with Biakan extremely well as well as using Kienra to check what's next.

Ejderah and Appelai work in unison with each other. along with Lake Mourn,Memorial. At least pretty sure. Ejderah's ability might make it so he can't target the conjuor while playing the attack.

I don't understand how to use Siado effectively (or at all) and Theb-Saar could use a big buff.
Prince Mudeenu seems like a weaker Kolmo original. but the card draw/discard is nice.

Idea for Theeb-Saar would be too use prince Mudeenu champion of the guard with say 3 conjuors (Bylkian most likely) and Gaffat-Ra (leash). Prince to make everyone a invisibility user
(strike 30 with surprise now) and 20 energy 80 at max. Still leaves room for gear. Xerium or Dozzer work. while gaffat-ra works as a sponge to stop royals from taking damage.

Mahook can be comboed with a creature you want in the discard (like a danian) by using Vidav master strategist or General's standard.

Pemanah can be used with Agal wings (like Elna it's a wanted sacrifice) you could also use him with say Taalasmin of the Mandiblor or Choral of the Apparition. to make this a positive. Surround and conquer from here on out. Can be used in conjunction with Ekkud,punisher there

phelphor (all of them) and warp sphere.

Kam'uchay seems like a good Gan'trak chief but honestly using Intimidating Melody of M'arr,Part'soa,Ballad of the Belittled .mindful finish,Etude of Exhaustion and mainly Fatiguing Falsetto with out gran can be just as strong. also LVB,SOA.

Overworlders I cant see many combo's except maybe Lujah and amorphous attack being best friends in a stat deck.

I can't think of any Mugic that will reoccur like say reoccurring rescue to abuse Maxxor with. The rest of the set is straight forward. nothing to crazy

@King A-Game Darini wrote:A list of some combos to use the cards in. TheOneVeyronian  can hopefully make these cards available in lackeyCCG.

If Chio's okay with it, I can get this fan set onto my Lackey plugin (fully scripted and searchable within the program) in a day or two so people can playtest these cards and even open virtual boosters of them (I'll probably duplicate my plugin so there'll be a version with custom cards and a version without. Don't worry, the version with custom cards will still have access to all the officially released cards too!). There's some interesting combos in there for certain and it'd be great to see them all work in practice.
King A-Game Darini

that pack idea would be amazing for a draft.

@King A-Game Darini wrote:that pack idea would be amazing for a draft.

https://chaoticbackup.forumotion.com/t1132-mommark-s-lab wish my cards werent so badly edited. The cards I'd want to make are Lamina Nagra,Awakening,Val-RA and maybe Rag'Nok. Ogg and screamer to but I didn't edit them yet.

I added the pack opening functionality since I wanted to be able to imitate Chaotic sealed deck card pools and make Limited play a possibility again. And for your cards, if you provided me with the raw full-res card art I'd be more than happy to create card images of any of those cards in that link for you.

Anyway, I begun adding this fan made set into the Lackey plugin (it should be ready to post as early as tomorrow provided it works and Chio is okay with it). I did notice a few errors with a couple of the cards, minor but I thought they'd be worth mentioning, like how Lava Pond, Reignition Chamber still uses the DoP symbol instead of the custom symbol that the other cards have.

Sorry for double posting again, I thought I'd share a screenshot of what this fan set will look like in the Chaotic Lackey plugin. There's some things still left to iron out and test, but for the most part it's almost ready to go. I just need to decide if I'm going to add other fan cards first before releasing this custom cards version or not. 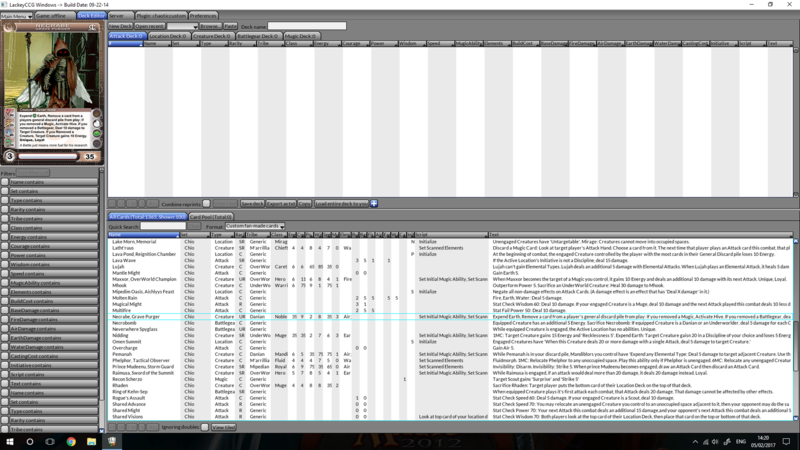 I also tested opening 5 "packs" of the set in the deck editor: 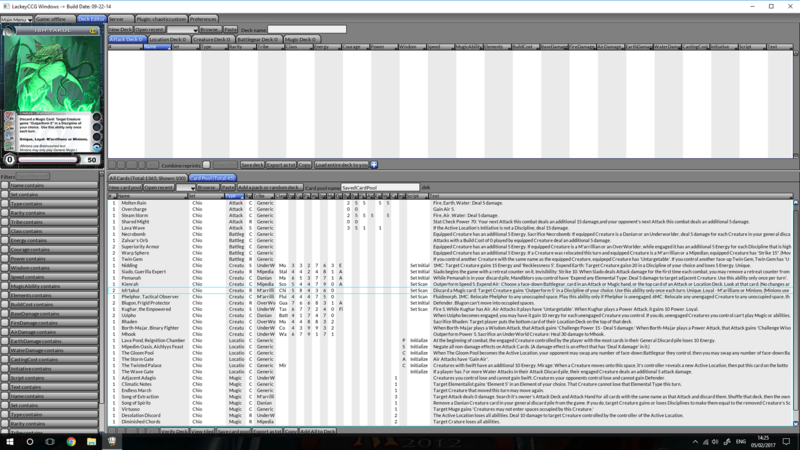 Did some reedits, list of changes bellow, critiques or questions welcome.

edits:
Changes to whole set: Updated the fonts to be a bit more accurate to the actual cards, updated the set symbol