Petition for the Return

Petition for the Return

Hello all. Some of you may remember me as the fool here with the explanation for Marksman's Prep and the Mugician conspiracy theory. Maybe some of you remember me from the old site and the tournament, but that doesn't matter. I bring you a petition that I was made aware of to help get Chaotic back on its feet. I was able to tell both Khary Randolph and Etienne St. Laurent about it, and they both signed it along with Ed Nebres (I'm hoping for Emilio Lopez's signature too when he gets the message). Getting each and every one of you on board would be a tremendous help as well.

This is our chance, people. Chaotic's been a great thing for all of us as something fun and creative, and its downfall was heartbreaking. Now we've been given the opportunity to help save it as the passionate fans we are. Every bit of support counts!

Not sure what a petition will do; I'm also not sure who the author is but grammar and punctuation for formality would be nice. 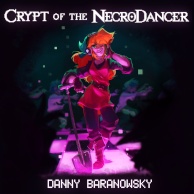 The language is quite shoddy and looks very unprofessional. I'm not sure where the 2,000 number came from or why it's included in the text despite having a 250 goal.

I also wasn't aware the 4kids even existed anymore. I thought they bankrupted which is why the whole fiasco started...They reincorporated as 4Licensing which makes me wonder further why this petition exists to get 4kids to pick it up.
Doublea

I signed, but I don't think we have enough information to get something like this to change. I don't even know who owns the rights to chaotic or what the standing is with it.
Oracle Afjak

It is no longer called 4kids. Because of the type of bankruptcy they filed, they were allowed basically remake the company under certain constraints and last I heard they were doing so under the name of Toonzai.

@Doublea wrote:I don't even know who owns the rights to chaotic or what the standing is with it.

That looks really sketchy to me. As already noted, it seems very unprofessional and the grammar/ punctuation is terrible. With everything that has transpired regarding Chaotic, how are we expected to take something like this seriously? They currently have 518 signatures, which I suppose is a good start, but the goal was only for 250 signatures? 250 Signatures won't accomplish much, not in my humble opinion, and neither will 518. We don't even know how many of those Signatures are actually legit. It's a fools errand to restore Chaotic without making any attempt to fix it up and make it more appealing to the times. Revamp it, make it more current, new cards, T.V. series ect. If there is no drive behind Chaotic then it will be doomed to fail again, IF they are even able to bring it back. I agree with you Zach. I would like to mention though that Chaotic actually did well, the revenue was good and increasing rather rapidly; this success is likely why the community is still standing today. Instead, it was because 4kids and associated companies did not properly pay royalties/weren't 100% truthful in some of their reports that Chaotic was stopped.

If Chaotic didn't do as well as it did, its possible that legal trouble wouldn't have arrived as quickly; though 4kids probably would have been greedy either way. In fact, legal issues arose faster than most of you think- as early as 2007 when the game first launched.

@BlzvSprayTan wrote:I'm not fairly sure the game can come back at all without changing its look.