Hello Chaotic fans, it is sad to say that Chaotic has not had new cards for a while. Though it is still wicked fun to play, it is very hard to find opportunities to do just that. That is why it is nice to play other card games, such as Hearthstone.

Hearthstone is a online card game, made by Blizzard and based off their game World of Warcraft. It is free to play, but you can pay to slightly advance you(which I'll explain in a bit).

In Hearthstone, there is something called a 'Hero'. Your hero can be chosen from 9 different classes, and each class has it's own flavor. They currently include: Druid, Hunter, Mage, Paladin, Priest, Rogue, Shaman, Warlock and Warrior. Your hero has 30 health points, and the goal of the game is to destroy your opponent by reducing his health points to 0.

In order to destroy your opponent's hero, you play spell cards, minion cards, weapon cards and what is called a hero power. Your deck will include 30 cards, in which you draw one each turn in addition to some cards having the ability to draw you more cards. You can hold 10 cards in your hand; any cards past 10 will be destroyed, so you cannot draw any more cards until you have less than 10 in your hand. Minion cards are cards that create a 'minion' on the battleboard which has health and attack. The attack is the damage it will do when it attacks another minion or hero. Once at 0 health, the minion dies. Minions can have other effects that occur when they are played, and are listed on their card. You can have up to 7 minions at a time. Spell cards are cards that do not summon a minion but have an ability of their own which usually does damage. Weapon cards give you hero the ability to do damage for a certain amount of turns. This is indicate by the 'durability' of the weapon. Classes have their own cards in which only they can use, but there are also neutral cards that can be used by any class. There are only neutral minion cards. Your hero power is unique to each class; simply play the class and mouse-over the ability to the right of you hero to see what it does.

Each card in Hearthstone has a mana cost, and your hero ability has a mana cost of 2. Each opponent begins the game with 1 mana, which increases by one and refills each turn to the maximum of 10. The player who goes second will draw an extra card at the start of the match, and will receive a card called 'the coin'. The coin will give you one extra mana crystal for one turn, and costs no mana. This is to make-up for your opponent going first.

When starting hearthstone you receive 3(or 4 cards if you go second) at the beginning of the game. You have the option to return any of those cards back into your deck if you'd like, and you draw cards equal to the number you discard.

Those are the basics! Now lets get talking strat!!

Hearthstone is all about winning what I call 'trades'. This is a League of Legends turn, which simply means having back-and-forth play with your opponent. In Hearthstone, you want to deal more damage than your opponent does, and take less cards to accomplish what your opponent accomplishes. This can be done by having the right cards with good synergy, and remember that your hand is what is important. DO NOT wait to draw the card you think you need. You want to make a balanced deck so that you can make plays no matter what you have in your hand. Also remember when trading damage, not to overkill. 6 damage to something with 6 health is surprisingly better than dealing 6 damage to something with 5. Yes it can be situational, but generally you want to optimize as much as possible! Also, predicting your opponent is a huge factor. If you are playing against a Paladin(who generally plays several minions) it is good to save cards that take out multiple minions for when the Paladin plays multiple minions. In the words of Trump(a sponsored Hearthstone player): the bad thing about playing Lightning Storm is that I won't have a Lightning Storm. How true that is! When it comes to minions, it is good to take your opponent's out as soon as possible in most situations. This is because while a spell does its damage once, Minions have the opportunity to do their damage as long as they are on the board. Some minions have the ability 'Taunt' in which you must attack them first. This does not effect spells. This will come into play while determining the priority in which you will take out your opponent's minions. Minions also cannot attack once you place them(except the ones with the ability charge). This means you want to try to keep them until your next turn by clearing your opponent's side of the board or using taunts. Board control matters a lot in Hearthstone! Also, do some research on the cards you are using. There is one card called Elven Archer. It has 1 attack, 1 health and costs 1 mana to play. It also does 1 damage to a target when you summon it. You would not want to use this on the first time and do that damage to the enemy hero! You want to save the card because it is likely the opponent will play a minion with 1 health. Then, you can play your Elven Archer to destroy that minion and obtain board control! Plays like this will put you ahead, and lead you to your wins!

Some cards you will automatically obtain. Some are earned by leveling your particular class. Others are learned by pulling them in packs(which you buy with gold or real money). You can also destroy the cards you get this way to get 'dust' in which you can make other cards with. This way, you do not have to wait to pull the cards you want! 'Disenchanting' a card will give you less dust than it takes to make the card, however. Cards with higher rarity will cost more dust to make. In order to get gold to buy card packs, you must win in Casual, Ranked, or Arena playstyles. Arenas cost gold to enter, but enough wins will give you more gold than you put in! Gold can also be learned by doing 'quests' which are simple tasks that either have you win a certain amount of times with a particular class, or do things such as play 40 spell cards!

Please please please check out the sites Hearthpwn and Hearthhead to do some additional research on the awesome game that is Hearthstone! Also feel free to ask me any questions you may have. I have been playing the game since beta, and am fairly well experienced.

See this link to learn up on some terms, and most of the kinds of decks that you will see in Hearthstone!
http://www.liquidhearth.com/forum/hearthstone/456785-a-beginners-guide-to-hs-terms

• Here for a visit? Come say hi to everyone in this topic!
• Got a question that you want answered? The forum staff are here for any and all Chaotic inquiries!
• Do you have an idea to help improve upon the forums? Share it here!
• Got Discord? Join the fun at http://Discord.gg/Chaotic! Don't have Discord? Now's the time!
bsbllall2 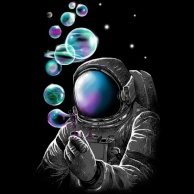