Creatures Playing Mugic After Being Destroyed? 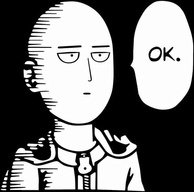 Creatures Playing Mugic After Being Destroyed?

Same deal, playing with a friend and this idea came up. In a burst you play cards knowing that once the burst ends or resolves they happen in reverse order. So, if I destroy a creature at the end of a burst (so it will be destroyed first once the burst resolves) does the mugic or abilities it played previously still happen cause it already "casted" or "used" the mugicians to play it or does anything it played get taken out of the burst? Once again, thanks for the help everyone!
KingMaxxor4

Re: Creatures Playing Mugic After Being Destroyed?

So once abilities are added to the burst, they still resolve.


8.2.3.5. Card abilities in a Burst are independent of the card that created them. Destruction of this card will not remove the generated ability from the Burst or cause it to fail to resolve.

As the M'arrillian's destroy with water, so with fire will I destroy. ~King
All those who oppose shall be destroyed, even if they are not in our way. ~M'arrillian Reign