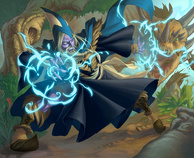 Netflix has a page where users can request THREE shows or movies to be added to their roster of viewable stuff, I'm bringing this up because Prison Break, a nearly eleven year old series, was continued this year with a bit of an honourary fifth season for old time's sake.  Why was it continued, you ask?  Well, I'm sure there are many reasons, but the main one mentioned by the actors and producers, the reason our two leads thought to come back together was because the original series blew up on NETFLIX

The entire series gained a huge new following of these rabid internet users who were way younger when the original aired, so they hadn't seen it before, there was a living, breathing fandom again.

Now, there's a ton of old cartoon stuff on Netflix, and of course not all of them are exploding and receiving reboots or continuations.  Not saying it could really spark anything, but say they somehow contacted the holders of the rights to the show and were able to get the highest-quality versions of every episode up on Netflix, maybe with enough enthusiasm on our end, the show would be noticed.  Things like tweeting at Netflix or comments on their Facebook page "Wow, Chaotic is so awesome in HD!"

I get that it's viewable basically everywhere, even on YouTube, and that if it were to be picked up by Netflix or any similar site, those episodes on YouTube that we've enjoyed easy access to for ages, would be sniped by copyright bots as soon as they were set up.  Which might not be worth it for some people, merely for the chance of some kinda sequel/reboot.

Nostalgia would also play an especially large role in how everyone here feels about it, some people definitely get fired up when attention is brought towards something cool and old and niche, it triggers a very hostile reaction towards newer stuff, regardless of how potentially good the content could be. Not here to talk about that, though.

If the show comes back, I'm sure people would notice the cardgame again, too!

I'm thinking way too far ahead of myself here though, but yeah, the page is our there to be found for anyone with a Netflix account, probably even if you're only on the trial too.

If anyone took the time to consider this or even just read my post, thanks!

Check out my channel if you want to! 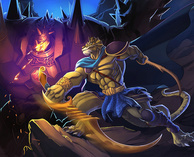 My cousin would watch prison break because of the main actor played captain cold in "The Flash". The actor playing his brother played Heatwave? I think that was his name aka Kronos.

Good to know about it. I am about to finish watching shows by Andy Yeatman and I was thinking about adding something nice to my list. It was great coming across this post. I have to share this further as well. I am glad that internet is always there to provide us with information.
AUSTINGAMER 117

For those who wish for Chaotic to make a comeback, there is a show request page on Netflix.